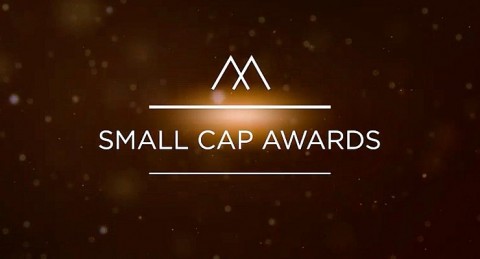 Over 200 guests, all supporters of the small cap community comprising of advisers and their companies, congregated at a black tie event which was hosted by Peter Dickson (the voice of television programme The X-Factor) with a keynote speech by Joe Mitton, the Senior Adviser to the Mayor of London for Business and Science.

The awards shone a light on the best companies and participants in the small and micro-cap community (sub £150m market capitalisation) across twelve categories. They are a once-in-a-year opportunity to recognise outstanding achievement focused on smaller quoted companies.

This year, the Small Cap Awards were sponsored by ICAP Securities & Derivatives Exchange (ISDX) and supported by the London Stock Exchange.

The Small Cap Awards included twelve award categories and an inaugural award; Alternative Financing Deal of the Year was also introduced. Alternative forms of financing outside traditional equity fundraising are becoming increasingly important to the quoted SME community and the award was created to help raise the profile of this fast growing category.

The nominations were selected by a judging panel comprised of leaders in the Small Cap sector and was Chaired by Ken Ford, who received a lifetime achievement award at last year’s Small Cap Awards event. Brian Basham, Chairman of Equity Development is the official Chair of the event.

There was a special award within the award categories set up to recognise Impact Company of the Year, which the Social Stock Exchange sponsors. To be eligible for this award the company must: have shown social or environmental impact as a core aim; have published an up-to-date independently verified impact report (2014); have securities that can be publicly traded on a Recognised Stock Exchange; and have a market cap not exceeding £150m to fit the category of ‘small cap’.

The nominations have primarily been chosen from the calendar year 2014. The judging panel consisted of:

The nominations and winners were:

Since it started in mid-2012 the Small Cap Club has successfully enabled leaders and participants in the micro-cap sector to regularly meet together, based on the premise that meeting people builds trust and creates new areas of thinking and opportunity and the regular networking events have gone from strength to strength.

For further details on the Awards, including judging, categories, sponsor, and partnership opportunities, please contact:

ICAP Securities & Derivatives Exchange (ISDX) is a London based stock exchange providing UK and international companies with access to European capital through a range of fully listed and growth markets. ISDX recently announced a revised version of the ISDX Growth Market Rules for Issuers, which came into effect on 23rd March 2015. The new Rules include simplified eligibility criteria for companies wishing to join the Growth Market. Revisions to the ISDX Corporate Adviser Handbook are also effective from 23rd March. We would like to thank all those who responded to the consultation for their helpful and constructive feedback. Please contact us if you have any queries.

Hamlins is a commercial law firm focusing on media and entertainment, travel and leisure, retail and fashion, natural resources, real estate and finance. The firm is renowned for its specialist niches, substantial client base and quality lawyers who are recognised leaders in their fields. It has built an enviable reputation with a quality of service rivalling much larger firms.

About the Social Stock Exchange

The Social Stock Exchange (SSX) – the world’s first regulated market for impact businesses – was launched to help companies that deliver a social or environmental impact connect with investors and unlock capital. All member companies must meet a rigorous set of criteria before joining, including the publication of an independently verified Impact Report.

Lily & Piper is an integrated events and branding agency, which specialises in in placing brands in selected events around the UK, building campaigns and creating and developing niche networks.

Yellow Jersey PR is a London-based financial & corporate PR consultancy formed in 2009, and is already ranked seventh on AIM by number of clients. The agency is nominated as ’Best Financial PR’ in the country at the Quoted Company Awards 2015. Yellow Jersey PR’s services extend to privately owned brands, listed companies and executives seeking to be heard and understood – www.yellowjerseypr.com