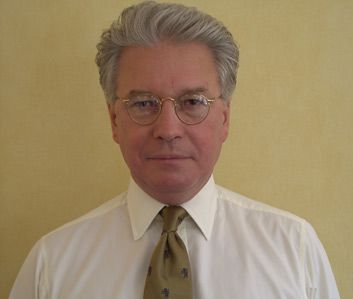 Brian Basham has been one of Small Cap UK’s strongest supporters so it makes sense that he is one of our first profiles.

What has always impressed us about Brian is if he says he is going to do something, no matter how big or small, he really does do it. He makes raising money and starting up companies look like a very svelte process, as was seen with his recent effort in co-founding peer-to-peer crowdfunding platform Archover.

Brian also rates a profile because he is a massive advocate for start-up and smaller companies in the UK and is full of life and colour whenever we meet up with him. Although he’s a City veteran, we predict he will be around for a while yet. He says he is going to retire when he catches up with Warren Buffet.

Brian’s foundation work for the small cap community has come through his research company Equity Development which he founded in 1997 to represent companies that were outside the analyst radar.  He then sold the company to ADVFN in but bought it back a few years ago and has just recently joined the board of ADVFN – a sharp move by this financial platform, which is apparently the tenth largest in the world.

We have asked Brian to answer some questions about his career and life in the City and where he see’s the Small Cap community’s future heading.

1. What drives you to be such a strong supporter of the Small Cap community?

They are the drivers of the economy and it’s great to see the immediate effects of the help you give.

2. Who do you think are the real movers and shakers in the Small Cap community today?

The top man is undoubtedly Lord Young, the Prime Minster’s Enterprise Advisor. He is the best ally the sector has ever had. He is an entrepreneur himself who is learning all the time. He told me that he considers his first 83 years to have been an apprenticeship.

3. As a Small Cap veteran, what do you miss the most about the old days in the ‘City’?

Decent, honest small cap research where, thanks to fixed commissions, the investor was the paying customer.

4. What real policy change would you put in place to foster growth of Small Cap companies?

Lord Saatchi has written a compelling paper called ‘The Road From Serfdom’ for the Centre for Policy Studies which everyone in the small co world should read. He recommends abolishing corporation and capital gains taxes for all small companies and I think he’s right. The boost to the economy over the life of just one Parliament would be enormous, after, of course we had swallowed the £11bn initial hit.

5. What is the most exciting project you are working on at the moment?

Difficult to choose between Equity Development and ArchOver because I believe that disintermediation offers them both huge opportunity. That’s my head. My heart goes out to the Lynton to Barnstaple steam railway. It’s the most beautiful project that will have as much impact as the Eden Project. They are raising £50m. Any offers?

6. What makes the City a better place today?

Not much. It’s a fair question to ask who has done more to damage capitalism, Vladimir Illyich Ulyanov aka Lenin, or the crooked bankers who have done so much to damage us all. I used to be proud to say I worked in the City. It’s not information I offer up now unless directly questioned.

The Future is Small